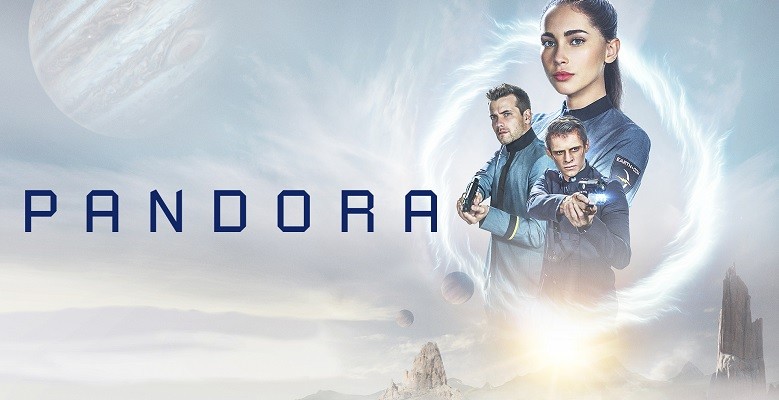 There are different tiers of Science fiction on TV there are the grand epic series with ground breaking effects or themes such as Battlestar Galactica and The Expanse, there are the Old Faithfull’s like Star Trek and Stargate and lastly there are the SyFy series such as Dark Matter or Killjoys. Pandora is most definitely in the latter category.

This is not to say that low budget sci fi is bad, I loved Killjoys and enjoyed Dark Matter but Pandora is a different kind of fish and although some its problems stem from a low budget it biggest problem is that it doesn’t know what kind of show it wants to be.

The show is ostensibly a familiar trope of a special woman losing everything and being forced into a world she doesn’t understand but is a vital part off. The leads are okay actors and there is a reasonable supporting cast. Focus quickly forms up on a love triangle which never really lands.

The biggest problem is the setting, season 1 places our star, Jax, in college on Earth but it soon becomes clear that to serve the story they need to get her away from university and so she has to steal space ships or is sent on covert missions by the military. This is clumsy and far to obvious.

Character wise we get an interesting blend of tech heads, slaves and psychics. There are the square jawed heroes and the occasional alien. Sinister unknown aliens and conniving business men and women all add to the mix. It very much feels as if season 1 was a splatter gun approach to storytelling. Through enough at the screen and some of it will stick to be refined in season 2. In fact, season 2 places Jax on a ship which makes much more sense.

The series does have some interesting comment on identity and seems sexually liberated in some of its story telling. Whilst the special effects are definitely sub par they do not detract as much as the hokey costumes of the main bad guys.

There are interesting themes present in the series and it does build gently through the season but I find myself not caring about Jax and her destiny and with season 2 here I have only just watched the first one or two episodes if only to see what happened next.

This series feels completely out of time. Had this aired in the mid-1990s then I m sure it would land a lot better but up against the big boys I cannot see this lasting even as long as Dark Matter.