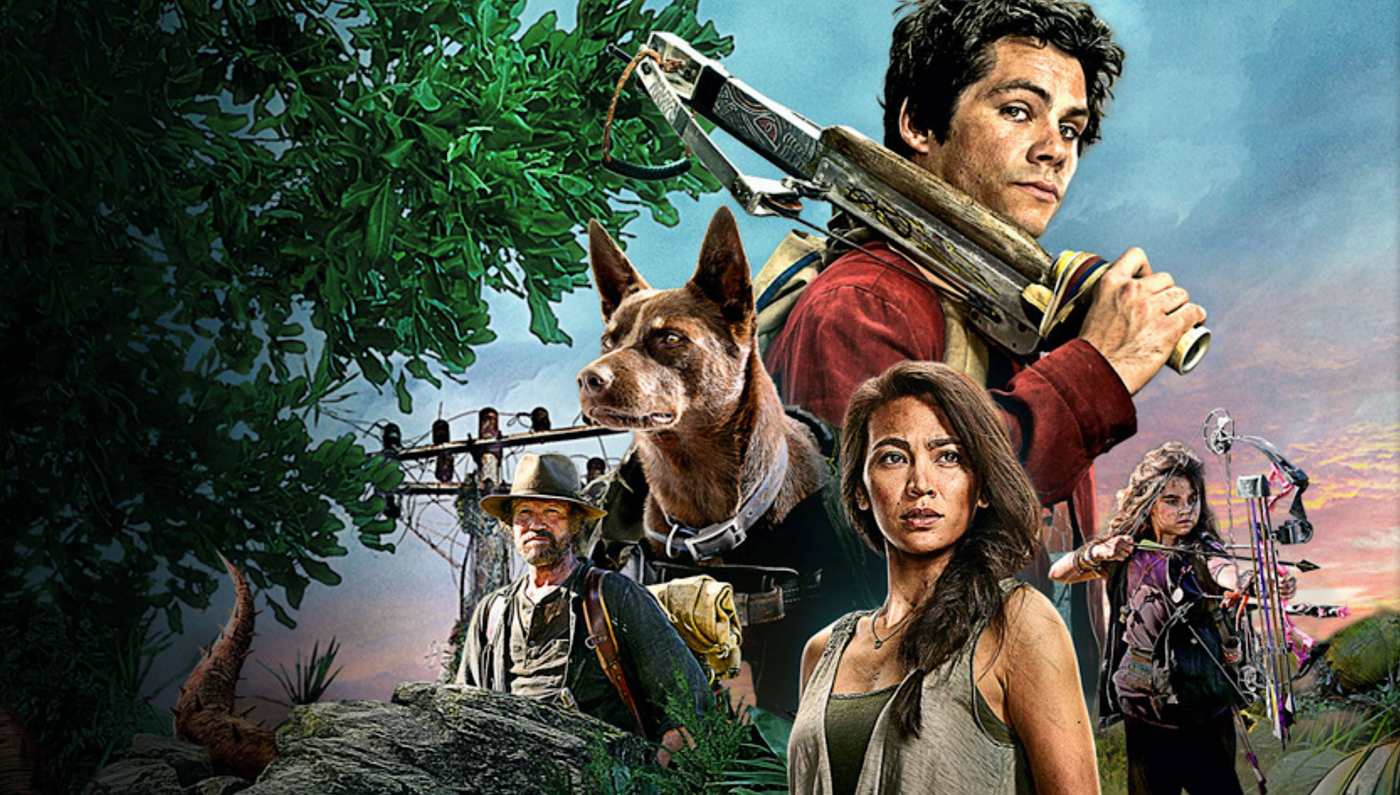 Sci Fi films on Netflix can sometimes be a bit hit and miss. You never really know what calibre or budget of film you are going to get. I originally had no intention to watch this film this weekend or perhaps even at all, but an autoplay moment from an errant mouse click drew me in. Netflix marketing at work. I gave it a chance mainly for its lead, Dylan O’Brien, I loved his work in Teen Wolf and enjoyed the Maze Runner trilogy and in some ways reminds me of a more handsome version of me.

The choice served me well. Love and Monsters was an excellent, touching and genuinely enjoyable film. Like many films it is set in a post apocalyptic world, this time in one in which al cold blooded animals have hyper evolved into terrifying monsters. Humanity is languishing in tiny colonies dotted across the earth. Our hero, Joel, is played by Dylan O’Brien and is very much similar in character to his portrayl of Stiles in Teen Wolf but this is not a problem at all. O’Brien plays goofy kid with a heart excellently. Joel is languishing in a colony merely surviving and feeling undervalued and so he sets out to go topside and travel the 80 miles to find his sweetheart last seen seven years ago.

The story then is a journey one in which Joel must physically travel and survive the outdoors but an internal one as Joel must overcome his inner demons and find purpose. There is a limited cast and no other big names although I recognised Micheal Rooker as Yondu from the MCU and Dan Ewing from an aussie soap.

The special effects were excellent, and Dylan worked well playing to a green screen. Above all the film had heart and a sense of humour. It very much had a vibe similar to Colin Ford in Daybreak, a now canned Netflix series. In fact, the whole film has the feel of a comic book brought to the screen but I could find no evidence of this.

Whilst containing comic elements there is some meat to the film and it does have a message to deliver. What starts as another survival show is in fact a modern morality play akin to the morals laid out in Aesops Fables. Perhaps this is grandiose hyperbole but Love and Monsters was a lot of fun and I hope it does well enough to give us a sequel, there is much more to Joel, Boy and the world created I want to see.