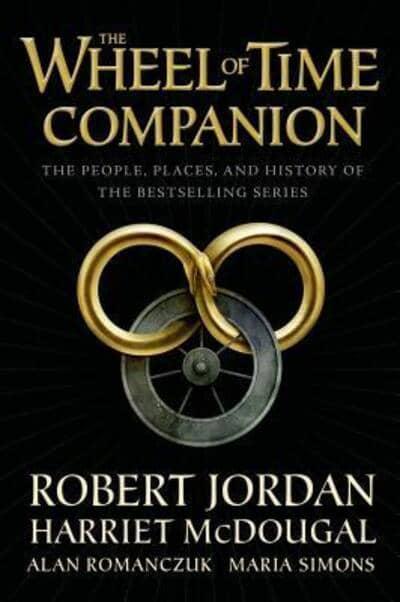 Anyone who knows about the Wheel of Time knows of its epic scope and scale. The narrative spans 13 books and not short books. Written by Robert Jordan and finished by Brandon Sanderson after Jordans death the story of the Wheel of Time is complex and detailed.

As a long time fan of the series I can wax lyrical for hours about many aspects of the books but I will steer clear of that today. Jordan’s primary style was the level of detail he brought to his world. In fact he exhibits some of the best world building in all of literature. For many, this detail is too much. At times he will describe everything, down to the buttons on a jacket.

It is an epic undertaking to read the series and this book is here to help. Compiled by Harriet McDougal (Jordan’s Wife), Alan Romanczuk and Maria Simmons (editors) this is a concise Encylopedia covering all aspects of the series. It is by no means exhaustive, after all it is only a single 813 page volume but it is a uselful primer and aide memoir.

This book is aimed at the fans as it contains many many spoilers but it is filled with all the wonder of the Wheel. I have reread the series several times and I am still finding new things to appreciate. But it is a lot to take in and the characters alone are legion. This book will sit with me on my next reread and help me place and recall people and places.

Not only does this cover the 13 books but it also includes elements of Jordan’s notes that he left to his wife never before seen but only a real expect would be able to sort that wheat out from the chaff.The entries are concise and brief, cutting out a lot of nuance but that is what Jordan’s actual words are for. If you have forgotten what Ajah Alanna was? or Who was the King of Arafel? Then this book will tell you.

The book is well presented and includes maps and illustrations in the same style as the books. It might be a mammoth tome but is still readable. It is the ultimate guide to the Wheel of Time and outstrips the Worlds of Robert Jordan’s Wheel of Time in details despite its lack of colour,

The timing of this books release lines up with the new Amazon series that is looming upon us, something which is both exciting and nerve wracking. The next few years are going to test, two of my favourite books are being adapted, Wheel of Time and Dune, who knows how they will go down. I will keep you informed.