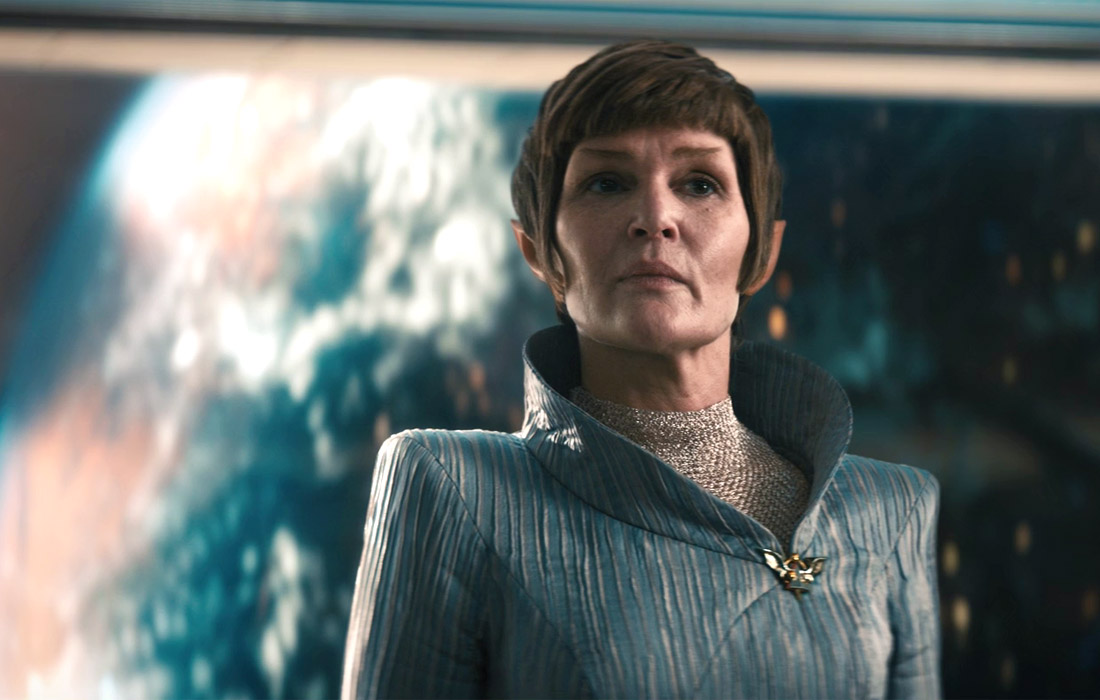 This latest episode of Discovery rounds up a two-part episode first aired in Season 5 of The Next Generation form 1991. It followed Spock’s attempt to reunify the Romulans and Vulcans. It was a seminal episode even back then and following the loss of Romulus in Star Trek (JJ Film) it was always somewhat in the air as to where the movement had gone. We didn’t get too much in the Picard series so it was great to see that eventually the two races came together.

The episode was very much a bottle show. Burnham was challenged to see herself perhaps as we see her by her mother and Saru yet again shone. The b-plot with Tilly becoming First Officer was silly and for me unrealistic, there were better, more experienced officers on the crew and in fact if I was Starfleet Command I would have insisted on a FO from the current time period to help Saru navigate the changes in the galaxy.

I enjoyed the interplay of the science academy Burnham and I liked the way that Burnhams mother was tied to established law from Picard. What didn’t sit right with me is the relationship between Burnham and her mother, they had a loving adult relationship despite the two being separated when Burnham was very young them only meeting effectively the year before and only for a few days.

It was great to see Vulcan… sorry Ni’Var again and I would have liked more of it to occur on the planets surface. The data revealing the Burn was tantalising, is the Federation responsible for the Burn, that’s the easy answer and one I hope the treat carefully. Its an interesting idea but I do not think the Federation that we know would have covered things up. I hope the true answer is more nuanced perhaps linked to the Mirror Universe perhaps they attempted a subspace tear to merge universes and in doing so affected dilithium and rendered their own universe damaged.

Whichever direction the show takes I feel that they are progressing in the right direction, but having established a clean slate for the stage upon which to play I do think they need to focus a little more on character development with the rest of the crew. Fingers crossed we will get that as the series enters its second half.