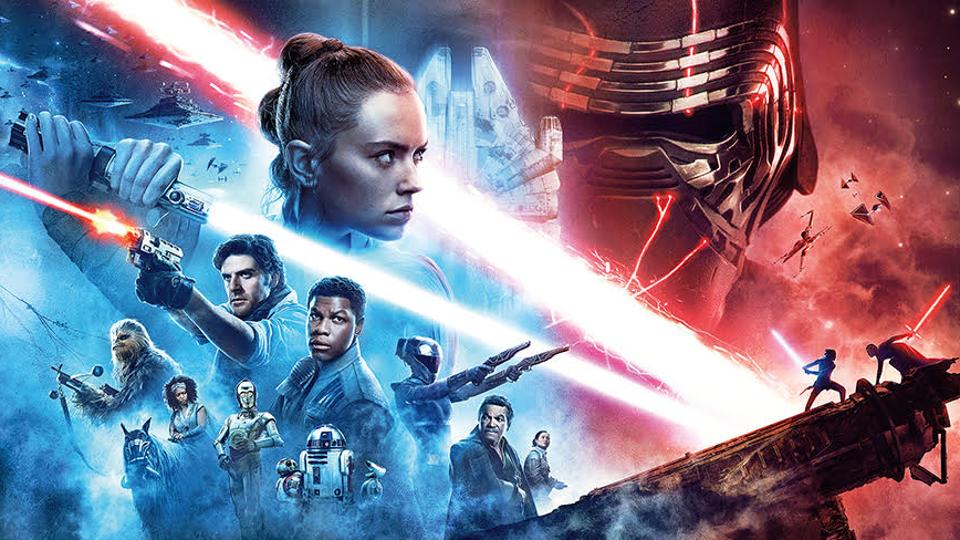 It has been a long time since Star Wars IX the Rise of Skywalker was released and to be honest I have been avoiding writing a review of the film as I am not sure where my thoughts really lie. I think my difficult depends on what lens I view it through.

As a fun, exciting action-packed film Star Wars IX certainly delivers. The film is filled with feasts for the eyes, touching moments, great space battles and fast paced chase sequences. However here is where the other shoe drops, it is not a good Star Wars film nor a fitting ending to the sequence.

I really enjoyed watching the film but that doesn’t mean that it left me fulfilled. On paper it might have worked. The Emperor was a great character and it made sense to kill him in Return of the Jedi when that was the last film, now at the new end film he was needed again. This resurrection is not something I had a problem with, Palpatine was all about the long game, patient pulling of strings and plans within plans. What I had issue with is the way in which the modern films focused too heavily on the core cast of heroes. The Original Trilogy had a vast cast of supporting characters that gave the universe depth, these characters were present in this last film but they were side-lined for dramatic deaths or comedy effect. Leia’s (Carrie Fisher’s) post death scenes were well done and gave her a fitting send off. It was amazing to see Lando back, but he was left as a side character and it would have been much more interesting to follow him pulling together a fleet that Leia had never been able to do.

The redemption of Ben Solo and his interactions with Rey were interesting but their duality in the force wasn’t handled with great skill, the final battle with Palpatine, Rey and Ren was a lost opportunity to really dig deep into the balance in beliefs between Sith and Jedi.

The Sith fleet, although amazing to see, was poorly explained, how had it been maintained beneath the ice of Exegol. We needed more hints or foreshadowing in the other films. As for finding Exegol, well that made no sense whatsoever. A knife being used to highlight the wreckage of the death star to find a map to Exegol. It was convoluted and contrived.

The film makes more sense when seen after reading the novelisation but no film should rely on its audience reading a book to make it more effective.

The whole film had something of a rushed feel and lacked a consistent narrative with the previous two. In the Originals and the Prequels at least, George Lucas had through line narrative that enabled the story to carry itself from the opening of the first part of the trilogy to the very last scene of the third. The Sequels lacked this. They had no cohesiveness and suffered because of it. Whilst each film was enjoyable in and of itself it never really built to anything of consequence.

In reality, these sequels came too late, too many of the old cast were in new places in their careers or sadly died. It meant that the sequels rather than building on the cast was forced to replace them. Rey’s story was an important one and I liked the direction of it, just perhaps not the implementation.

I have greater faith in the future of Star Wars, The Mandalorian has proved that great stories can be shown in new settings. Star Wars has drawn a line under the Skywalkers, it is a shaky line at the end, but it is over and now we can move on.