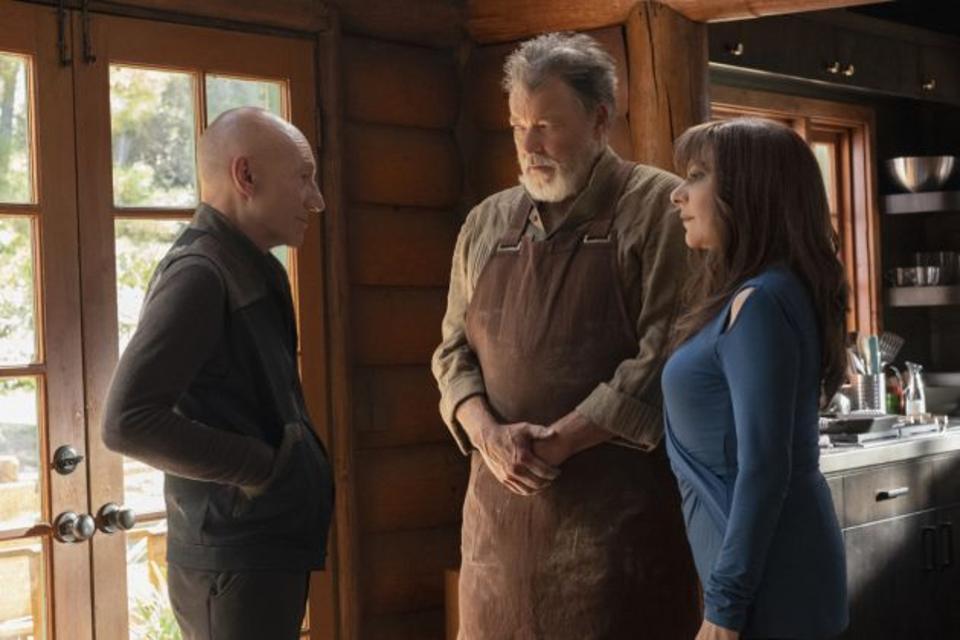 Nepenthe is a stand out episode of Picard up there among the best. A little slower than other episodes at its heart is a moving story of sorrow, soul searching and reunion.

Nepenthe is the name of the planet to which Picard and Soje escape to in the last episode. Nepenthe is also a Greek word meaning Sorrow and the new home of William T. Riker and Counsellor Troi. This was the reunion I think we were all waiting for and it certainly paid of. Marina Sirtis (Troi) and Jonathon Frakes (Riker) provided an acting masterclass and really brought their characters back to life. The interaction between them, their daughter and Picard was excellent.

The loss of their son, Thad, was beautifully played. It was an understated sorrow that Marina in particular excelled in portraying. What was great was that despite the loss they were still positive, they showed respect and reverence for their son but moved on.

The outstanding character however was Kestra. This actress brought their daughter to life and added a character who was insightful and charming, she was the perfect person to reassure Soje and help her come to terms with the shock of being an android.

The interactions between the old crew mates were nostalgic and felt like a comfortable pair of slippers. There were nice touches with photographs and the way Riker responded by raising the house shields.

Aside from the main plot we got to see Jurati struggle with what she had done and get some form of explanation of why she killed Maddox. We see Commodore Oh, now even more likely a Vulcan, mind meld with Jurati back in Okinawa and shows her and us why Oh is obsessed with finding the Androids. Its not clear to us fully yet the images were not clear.

On the Borg Cube we get to see Elnor excel in his fighting skills in a sequence which I found the least appealing in the episode. There was great promise for Elnor and Hugh to run riot on the cube and liberate it however as a dramatic reversal Hugh is killed. This is so sad given how touching his reunion with Picard was last week. The good news is Elnor has found the Fenris Rangers SOS caller meaning Seven will be back next week.

This episode has elevated Picard to a new level and holds great promise for the last three episodes.