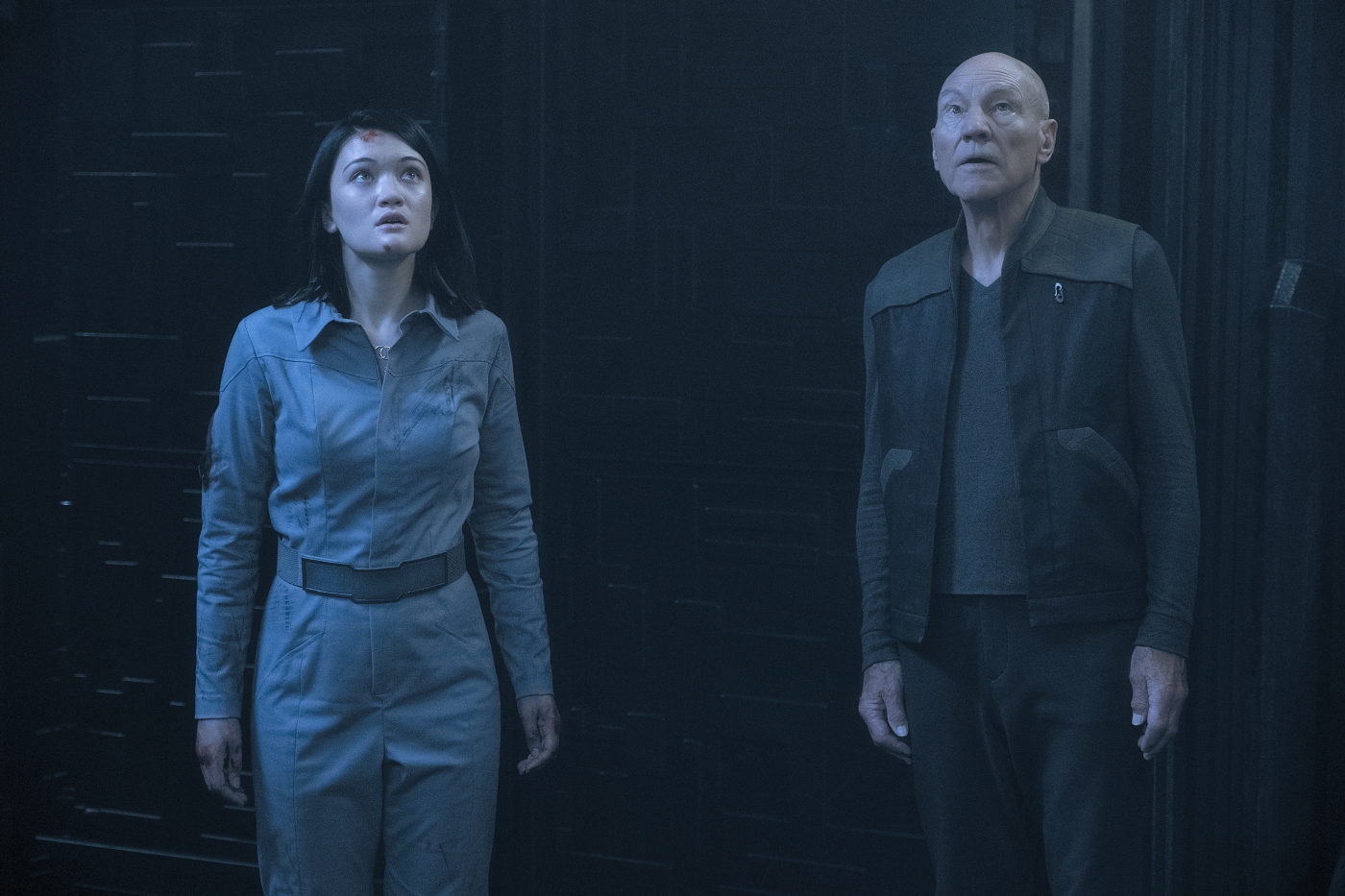 Picard hits its stride this week amping up the action and moving the plot on considerably. Picards motley crew finally reach the Borg Cube and we get a touching reunion between the old captain and Hugh. This was a much needed connection that helped ground the story in it roots.

The episode saw Raffi at her best, whilst sliding back into addiction. Reis had little to do but console Agnes and Elnor has got to flex his fighting muscles again.

Narek continues to guide Soje and successfully manages to uncover the possible homeworld of the new synthetics. Narek had obviously come close to Soje and I had thought he might balk at the last minute but he steeled his Romulan core to killing Soje with a device that was very reminiscent of a Thaleron Generator, last seen in Star Trek Nemesis.

Soje’s awakening and discovery that no past exists for her before 37 months was well handled and the actress portrayed the confusion and pain well likewise Hughs genuine pleasure on meeting Picard and the latter slow acclimatisation to what High is achieving with the reclamation proje’sct was great.

Little Easter eggs are dropped in through out the episode and it was great to see Picard doing his research and we got to see the effect of Locutus of Borg hitting home again as he beams into the cube. One pleasing Easter egg was the use of a Sikaran Spatial Trajector that was seen in season 1 of Voyager and explains how the Borg Queen is able to move from Cube to Cube.

The episode leaves us with Soje and Picard on the run, Hugh and Elnor holding off the Romulans and the rest of the crew still on the ship torn between rescuing Elnor and finding Picard. Elsewhere on the cube Narek has played his hand and revealed his true nature but now has information to find where Soje and Daje were created.