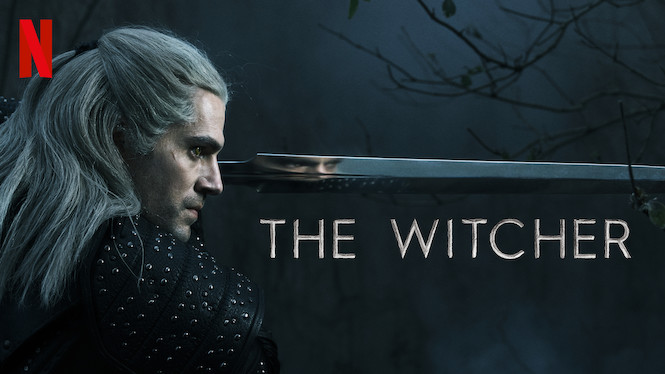 Most people will know The Witcher from the game series the third installment of which – Wild Hunt was critically acclaimed. This game was based on a series of books written by Andrzej Sapkowski. Building on its popularity and hoping to capitalise on the gap left by Game of Thrones Netflix commissioned a series.

The series cast Henry Cavill a huge fan of the series himself as the lead – Geralt of Rivia. The actor brings much of the brooding mutant to life on the screen. It is easy to see Geralts mannerisms in Cavills portrayl and it is one of the things that makes this dramatisation work.

The Witcher has a deep and complex world with strange monsters and intriguing politics, some cast it in the same light as the Game of Thrones but it really is its own thing. The producers needed to tread the fine line between honouring the content of the book and visually resembling the game. They manage this very well and for fans of either source there will be much to enjoy.

Henry Cavill was excellent as already alluded to and if there was one criticism then that is that he missed some of the nuances. He was too talkative when he should have been stoic and didn’t speak enough where exposition was needed. This leads me to one of the criticisms of the series, it takes no prisoners whatsoever with regard to what is going on. It is a grown up series and expects its audience to be grown up also. Exposition is sparse and you must listen to hints in he dialogue to fully understand the rival factions and the finer points of the plot. This maybe challenging to someone completely new to the IP.

The most obvious example of this is the way in which the series has a disjointed timeline, this is not fully realised until mid way into the series. I can understand why they did this, it allowed us to understand our heroes background before entering into the plot for real. In fact all of Cirellas plot was essentially redundant and served only to set up the second season. A linear plot may have been simpler but looking back over the series as a whole one can now see how it slots together.

The sets and costumes were excellent but I have to admit the CGI could be sketchy in places. Fantasy works like this need a lot of CGI and not all of it can be got around by being shot at night. On the whole it was great, a mixture of prosthetics and animation which helped create the monsters of the world. The green dragon however stood out as particularly poor.

This series shows promise and the way they crafted the storytelling in this first season showed that the makers had great confidence in its success and we know a second is coming. The success of the show depends on it staying true to its roots and in solid casting. Sapkowski is a polish writer and he draws on local folklore to create this world that makes its character more alien than the standard Anglo-American ideas.

This is no Lord of the Rings or Game of Thrones, it is its own entity and should be enjoyed as such. I look forward to the pace picking up in Season 2.