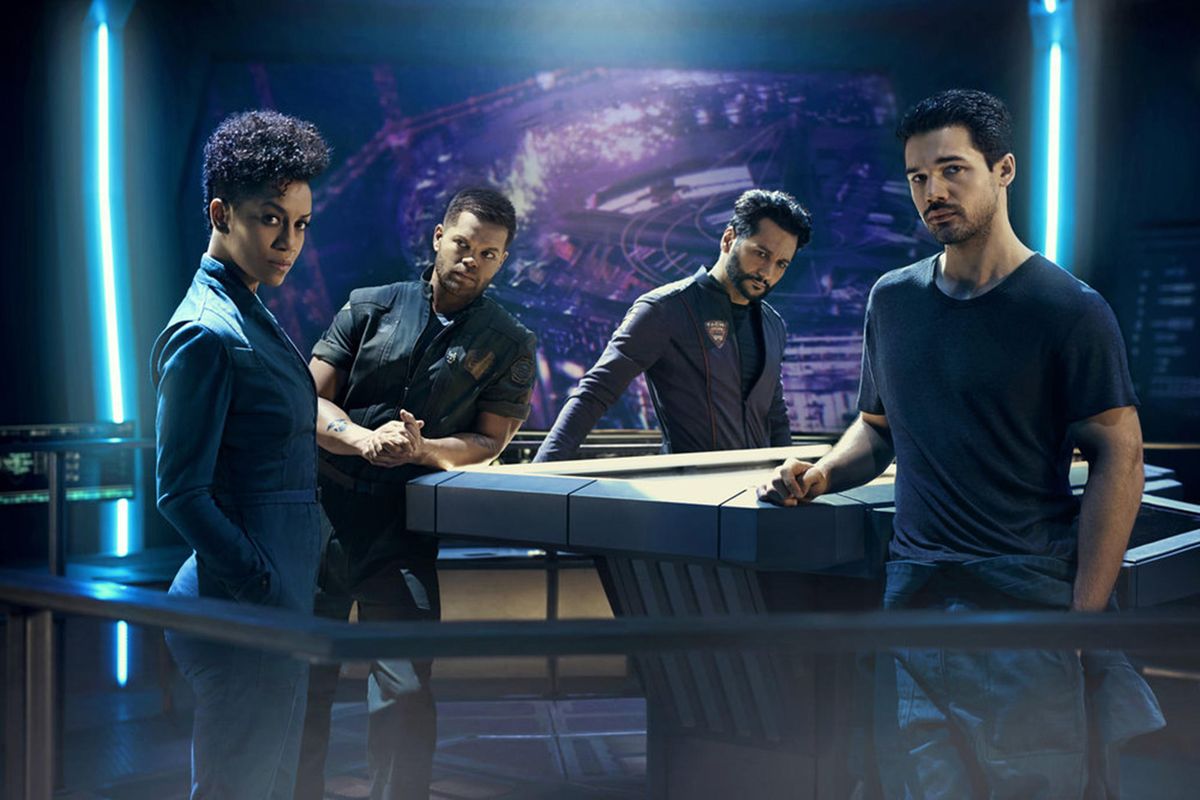 Season 3 of The Expanse has just dropped on Amazon Prime after being canned on Netflix. This show is perhaps the best modern Sci-fi on television. I first encountered the series through the novels and was very nervous about its translation to the screen.

I need not have worried the showrunners imagining of the series faithfully matches the books and equally amazingly my own vision of the series. The actors fit their roles brilliantly and they more than fit their characters.

The Expanse is high concept sci fi, it explores numerous themes such as friendship, duty, politics, life, the list could go on. The special effects are amazing, it is perhaps the only series to accurately portray life in space, the way the technology would work in zero g and how bodies operate in space.

The show also exemplifies the way the book created unique identities for the earthers, belters and martians. In fact on screen they have paid such great detail with the tribal tattoos, accent and patois that the belters become a believable racial group.

Seasons 1 and 2 explore the interplanetary cold war between Earth, Mars and the Outer Belt against the backdrop of the alien bioweapon – Protomatter. It weaves a narrative between its characters, heroes and villains alike to weave a story that takes you by the hand and rushes you through amazing battles and heart felt struggles.

Season 3 is an odd one, mainly due to the change of pace mid way through. The original story arc concludes at this point and opens the story to examining the protomatter threat and what it means for humanity. It is a staging post resolving one avenue and opening the new. Old cast members such as Prax leave the scene and new ones like Ashford and Clarissa appear.

One of the best aspects of the Expanse are the characters. All four mains are excellent in their roles, Steven Straits, Holden and Thomas Janes, Miller in particular. The best character in the book and the series however goes to Shohreh Aghdashloos, Chrisjen Avarsala. The UN politician is portrayed just like the books. She is a strong no nonsense woman with a razor sharp dry wit you could cut yourself on.

This series the belter leader Ashford comes to the fore. Played by David Streathairn Klaes Ashford is the most interesting character in Season 3. Everytime he is on screen Streathairn draws out every nuance of the character. Ashford is not a nice person. A pirate someone who has done dark things. He is the hero in his own story and carries his world weary arrogance proudly. He is a man who has seen much and still sees a positive way forward. He is loyal to the belters, he is loyal to humanity and he will do whatever he can to protect both even if others might have other views. He makes a much more interesting adversary that Jules Pierre Mao or Errenbright who come across as moustache twirling panto villains.

If you haven’t watched the series yet I urge you to do so. It has the same breath of fresh air that the reimagined Battlestar Galactica had and with season 4 due to drop later this year, now is a good time to catch up.