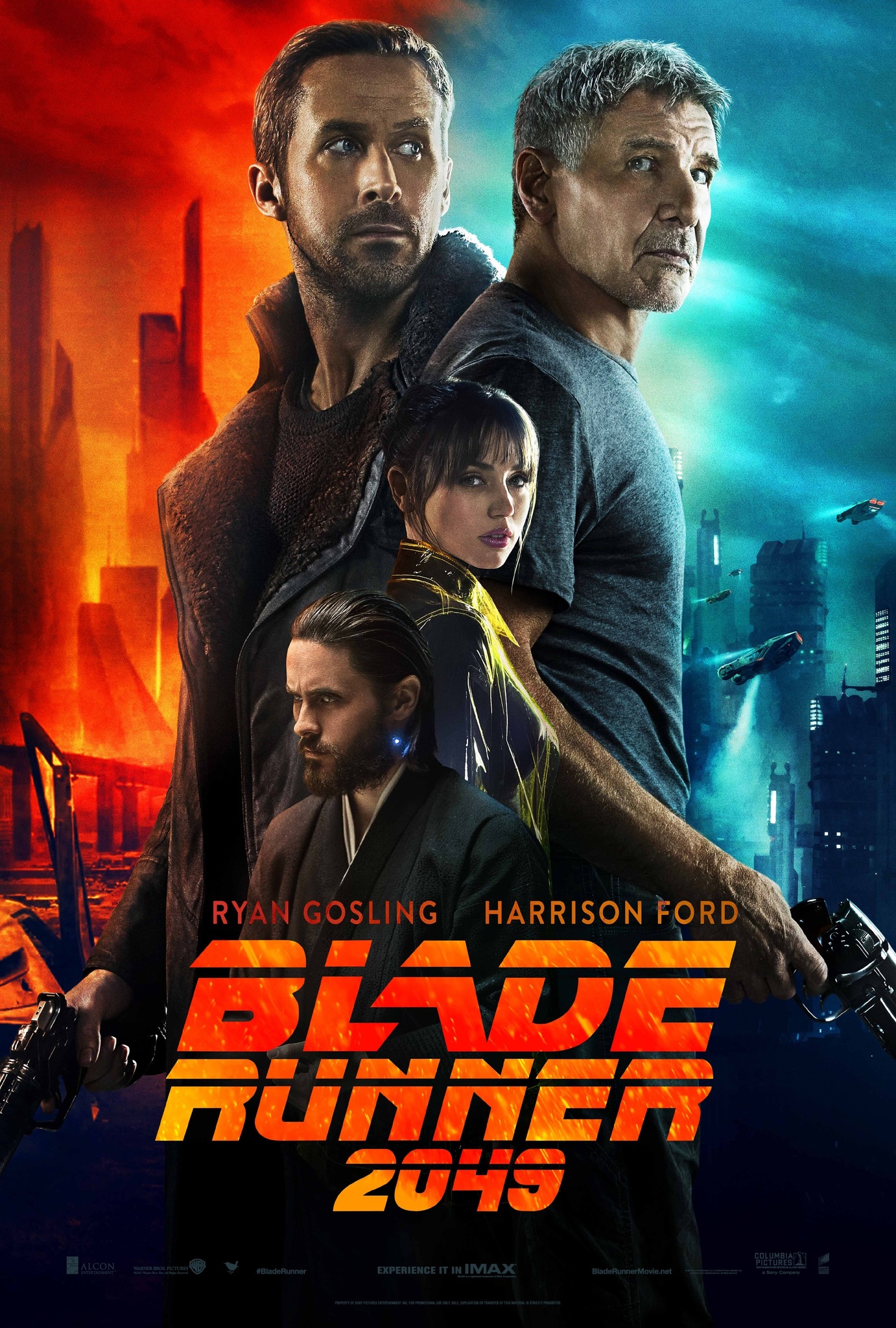 The original Bladerunner is rightly considered one of the most influential science fiction films ever made and sits alongside 2001 a Space Odyssey as a masterpiece of film history.

The original was focused on a Rick Deckard played by Harrison Ford who was a Bladerunner, a policeman tasked with tracking down rogue Replicants. Replicants are androids created to help mankind colonise the solar system and the team Deckard pursues is led by Rutger Hauers, Roy Batty which leads to a climatic fight seen in the rain.

There was much controversy surrounding the films ending regarding Deckards true identity, was he or wasn’t he himself a replicant and not know it.

The original was directed by Ridley Scott with a haunting sound track by Vangelis and was based on the Philip K. Dicks novel ‘Do Androids dream of electric sheep?”.

Many were concerned when Denis Villeneuve posited a sequel was on its way some 35 years later in 2017. Sequels of such iconic films don’t always follow in its predecessors footsteps, just look at 2061: The year we made contact, a film I liked but without the depth A Space Odyssey.

Bladerunner is a solid film and a worthy sequel. Villeneuve nailed the nnoir style and the visuals were deeply reminiscent of the original. Whilst Vangelis did not score it and after some problems the soundtrack created by Hans Zimmer and Benjamin Wallsfisch was a fitting homage to Vangelis eeire and haunting melodies.

The narrative is told from the viewpoint from a replicant Bladerunner, K played adequately by Ryan Gosling. He played the replicant with a hint of other worldly detachedness, it was easy to believe him as a simulacrum of the a real person. It was great to see Edward J. Olmos cameo as Gaff from the original and off course Harrison Ford reprised his role as Deckard for the last portion of the film. Jared Leto makes a chilling but under used villain and Luv is scary a psychopathic killer

The film is brutal in its action scenes although some seemed unnecessary merely being present to up the body count. The special effects were excellent as you would expect from a film of this age but something was lacking from the aesthetic. Villeneuve vision of the world was a good copy of the original but it lacked the little touches that made Ridley’s more impressive.

The running conceit of the film is the identity of the missing child and Villeneuve does enable some surprise and doubt into the narrative but this plot meant that the film had greater in universe weight. The original was a personal journey of a rundown cop doing his job and questioning himself, this film upped the tempo by making the plot world changing and our leads become messianic heroes. The underplayed but more convincing narrative was between Ryan Goslings, K and his AI Hologram, Joi. Here was a convincing and interesting look at what love was. Could love blossom between a synthetic human and an AI programme? could it be as real as those between people? Villeneuve dabbled at the edges of this but ultimately just used it to create impact at key points.

Bladerunner 2049 is a long film but that is barely noticeable as the story is engaging and doesn’t drag too much, although you do wait too long for Deckard to show. The film is more action based than cerebral but is a worthy if lesser successor to the original. I will give Villeneuve credit on one other thing he manages keep Deckards status as a replicant ambiguous, leaving that last shot of the original as our only clue.