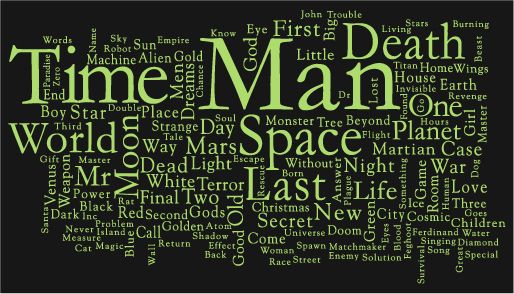 Who are you? What do you want? The two key questions that J.M Straczynski gave to us via the Vorlons and Shadows in Babylon 5 and two questions I aim to answer today.

I started this blog on the 14th July to provide somewhere to express my reviews on the various science fiction and fantasy media that I absorb daily. Somewhere to share my thoughts. What do I want? I want to provide people with reviews of sci-fi books, films and TV shows. To share my views on the depth and range of output in this genre. To do this I think it only fair, now that I have a few posts under my belt, to give you some flavour of Who I am. I aim to do this in the positive way of a list of my favourites and bests. I hope this goes some way to explain my sci-fi pedigree.

Greatest Fantasy Novel – ‘The Lord of the Rings’ by J.R.R Tolkien. The father of fantasy as we know it, epic prose and deep world building.

Greatest Sci-Fi Film – A tough one and I am sure many will throw their hands up in shock but the film I enjoy the most is ‘Star Wars: Return of the Jedi’. It is more hopeful that ‘Empire Strikes Back’ and includes more of the auxiliary characters like Ackbar, Nien Numb and Lando.

Greatest Fantasy Film – ‘The Lord of the Rings: The Fellowship of the Rings’ by Peter Jackson. A masterful telling of Tolkiens work, better than the canon changing Two Towers or multiple ending Return of the King and infinitely better than the oddly cast Hobbit trilogy.

Greatest Sci-Fi TV Series – This was tough, I have always been at the forefront a Trekkie and so to pick something else might seem a travesty but after reflection, I think ‘Babylon ‘5 is the superior series in terms of storytelling, impact on me and world building.

Greatest Comic Series – I have never been much of a one for comic books but as a child, I was never without my weekly copy of ‘Transformers’.

Greatest Sci-fi Franchise – Another tough one. I originally added this so I could at least cite Star Trek, The Next Generation in particular, but found myself toying with both Stargate and Star Wars. However, in terms of pure enjoyment, it has to be Star Trek.

Favourite Sci-fi Author – This changes but at present, I would say Alastair Reynolds or Peter F. Hamilton.

Favourite Fantasy Author – Another tough one, but I think it would have to be Robert Jordan. His Wheel of Time series is a masterpiece of descriptive prose.

Favourite Genre Computer Game – Again tough, I enjoy Halo and Assassins Creed but for depth of storytelling it has to be a toss-up between Bioware’s Mass Effect and Dragon Age series.

Favourite Dr Who – like many my Dr Who is the one I grew up with, Sylvester McCoy the 7th Doctor, although Tom Baker, Jon Pertwee and David Tennant all came close.

Favourite genre YouTube channel – Again this is a tie between ‘Trekyards’ and ‘Star Wars Explained’. Trekyards has a great range of topics and in-depth talks, they are sci-fi fans I can relate to and Star Wars Explained is amazing for the knowledge of Star Wars

And to finish with my Top 10 Star Trek Episodes (In no particular order):