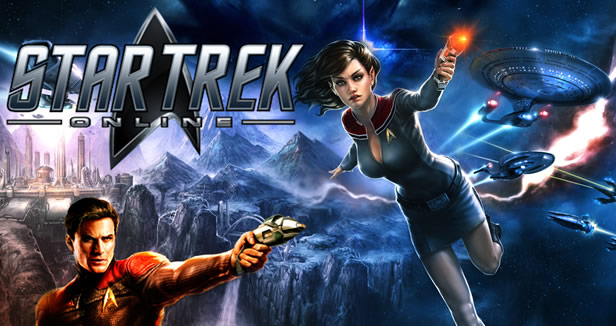 In February 2010  Star Trek Online began and I was so excited. I had watched the game’s development with much anticipation and Star Trek Online (STO) was to be my first MMO and it led on to play Star Wars the Old Republic, Neverwinter and Elder Scrolls but it is still STO that I return to. 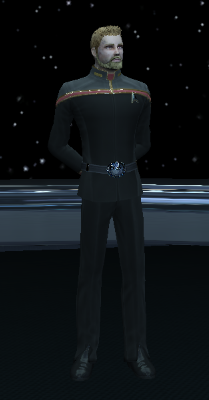 Garron Lin is a joined Trill in command of the USS Montgomery, he is the 6th host of a character – Magellan Lin that I created for the Play by Messageboard Roleplaying Sim Section 47.

The USS Montgomery is a Sojourner Variant of an Odessey Class and part of Vanguard Fleet.

Garron, in the past 18 years, has fought the Klingons, then the Romulans, rebel Cardassians, the Borg, Species 8472 and finally the Iconians.

STO follows in the grand tradition of trek and whilst there is a lot more combat involved in the missions, it is, after all, a computer game and an MMO the ethos is very much present. The entire game is free to play and for what you get for free it’s very very good. The content release is steady and multi-arc missions provide depth to the universe and develop Star Trek into the 2400’s.

Classic music, ships and characters help to ground the game and many plots left open in the various star trek series. The game began to excel when it was able to employ voice acting talent including the characters from the original series. Most recently in the Victory of Life expansion pack we got the actual voices of Kira, Bashir, Nog, Martok, Quark, Rom and Leeta. In other missions, we have heard Seven of Nine, Paris, Kim, Neelix, The Doctor, Worf, Tuvok, Tasha Yar and Sela.

CBS continues to hold the reins of Star Trek and so the content is in the least semi-canon with the newest Trek delving into the past with ‘Discovery’ it’s unsure how much of STO is actually truly canon. Like all series, there are aspects of the game and story that do not work. The constant fighting, lack of stun setting are jarring and the furore over loot boxes and pay to win, whilst common to many games, is a constant gripe.

Although I don’t play as religiously as I used to, I have maxed out my main character and played through the Klingon and Romulan missions, it is still my goto game for relaxation. I have a crew, I have a ship and I have strange new worlds to explore.